Flying Dog Brewery went from the innocence of puppyhood to, for those who lean to the more politically correct, steeped in bad doggery. For those of us who know a great craft brew when we taste it, this is one pooch with excellent taste, a unique sense of creativity and a pair of wings to boot. 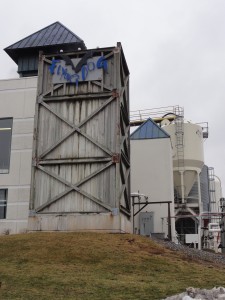 Originally founded in 1990 in Aspen, Colorado then moving to Frederick, Maryland in 1994, Flying Dog has always been one to push the boundaries both in its brew styles and marketing. With one of its original logos being “Good beer, no sh&*” and brew names such as In Heat Wheat, Doggie Style, Lucky SOB and Raging Bitch, as well as using artwork and quotes inspired by Hunter S. Thompson, Flying Dog has an unabashed marketing style. None of this boundary pushing has come at the cost of exemplary flavors. Beers like Gonzo Imperial Porter and The Truth IPA test the alcohol limits at 9.2 and 8.7 percent ABV but maintain outstanding essence and will have you speaking the truth in no time.

Flying Dog Brewery went from the innocence of puppyhood to, for those who lean to the more politically correct, steeped in bad doggery. 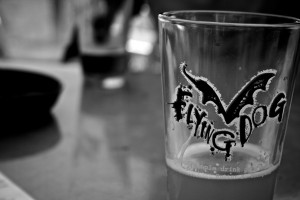 Flying Dog even has their own exclusive Junto Club. They give us common folk a chance to pick the brains of their brew masters, tour the brewery and even let us in on their experimental and unreleased creations not yet available to the general public. With building on a new 150,000-square-foot brewery in 2016 and beer production to begin in 2018, this bad dog is also becoming the biggest on the block. Now that they’ve broken loose from the chain on the doghouse, this is one brewery that is a must try. Flying Dog definitely has a bite as good as its bark.