Behind The Numbers Of The Supposed Craft Beer Decline 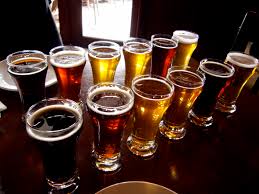 So the media has managed to cause mass panic over the apparent “decline” in the craft beer world. While the numbers seem to show some slowing in growth, there is no need to run out to the local beer store and clear the shelves before they run out. The beer apocalypse is not coming. We are not in the throes of a craft beer shortage. You won’t only be limited to buying craft beer on certain days based on your social security number like the gas crisis. Not even close. If one takes a closer look at the numbers, really little has changed for the vast majority of the craft brew world.

The beer apocalypse is not coming. We are not in the throes of a craft beer shortage.

If you take into account which companies are reporting the losses, there really is no major collapse of the craft brew market on the horizon. Two of the breweries reporting decline are Shock Top and Blue Moon with losses in the 4% – 9% range. Well, by all standards and definitions neither one of these are considered craft breweries yet the International Research Institute (IRI) factored both in their results. Both breweries are wholly owned by the massive AB InBev/MillerCoors monster and shouldn’t even be included. 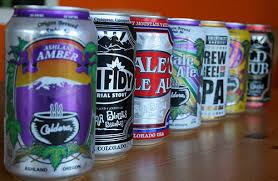 The second factor to consider are the actual craft breweries that are showing either leveling off or some decline in the first half of the year. Sierra Nevada, Boston Beer Company and New Belgium have reported some loss thus far this year. But if one steps back and takes a look at the big picture, this isn’t even a cause for concern. We’re talking about three of the four largest craft breweries who have experienced monumental growth in recent years. At some point in any industry some leveling off at some point is expected. Some of this can be attributed to the explosion cross the country in craft beers as well as the simple mathematical fact that the bigger you get growth comes in smaller percentages. This is not by any business standard a crisis.

So that only leaves a bit over 4,000 craft breweries, what about them? According to the IRI reports factoring out the breweries that don’t really belong on this list in the first place, growth goes from just under 7% to 9%. If we also take into account the big craft breweries that have declined slightly and put into perspective this isn’t unusual, we can factor them out as well to get a real sense of where the majority of the craft beer market is heading. Removing those two factors actually shows that the vast majority of the market is putting up better numbers than last year, half way through growth stands at about 16%.

Before you buy into all that the media is reporting and begin to panic that we all may have to go back to drinking mass-produced corn beer, consider all the factors and their influences.

Before you buy into all that the media is reporting and begin to panic that we all may have to go back to drinking mass-produced corn beer, consider all the factors and their influences. A look behind what all those numbers mean really shows nothing unusual or anything to get in an uproar about. The next time you open your favorite craft beer you can relax and enjoy it with the peace of mind knowing the craft beer world isn’t going anywhere.